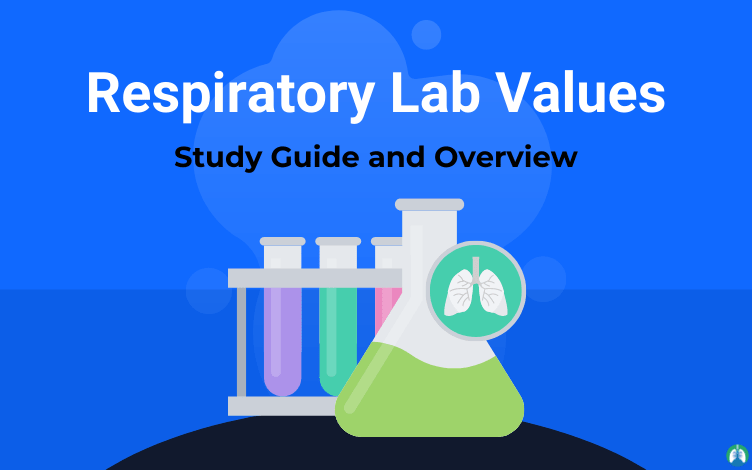 Are you ready to learn about Solutions, Body Fluids, and Electrolytes? If so, you’re in the right place because that is what this study guide is all about.

The practice questions found below correlate well with Egan’s Chapter 13, so you can use this information to help prepare for your exams.

Are you ready to get started? If so, let’s go ahead and dive in.

1. What is a stable mixture of two or more substances in a single phase, that cannot be separated by centrifuge?
Solution

2. What is a substance that dissolves?
Solute

3. What is a medium in which a substance is dissolved?
Solvent

4. What is a colloid?
A substance consisting of large molecules that attract and hold water.

5. What is an example of a colloid?
The protoplasm inside of cells.

6. What is a suspension?
They are composed of large particles that float in a liquid.

7. What is an example of a suspension?
Red blood cells in plasma.

8. What does NaCl stand for?
Sodium chloride.

9. What is tonicity?
How much osmotic pressure is exerted by a solution.

10. What is hypertonic?
High tonicity greater than 0.9% NaCl.

12. What is it called when two solutions have the same or similar tonicity?
Isotonic (equal to 0.9% NaCl).

13. How does a hypertonic solution affect the cells?
It draws water out of the cells in order to reach equilibrium of pressures.

14. How does a hypotonic solution affect the cells?
It adds water to the cells in order to reach equilibrium of pressures.

15. What is the force produced by solvent particles under certain conditions?
Osmotic pressure.

16. What does osmotic pressure do?
It redistributes solvent molecules so that the same concentration exists on both sides of a semipermeable membrane.

17. What allows the passage of solutes but not solvents?
Semipermeable membrane.

18. What are positive ions that migrate to the negative pole of an electrode in an electrolyte solution?
Cations

19. What are negative ions that migrate to the positive pole of an electrode in an electrolyte solution?
Anions

20. What is the common expression of the minute values for most chemicals in the body?
mEq or milligram equivalent weights.

22. What kind of compound can donate H+ or accept an electron pair in an aqueous solution?
Acid

23. What is the relationship between Hydrogen ions and protons?
They are the same thing.

24. What is a compound that yields hydroxyl (OH) ions when placed in an aqueous solution?
Base

25. What is a substance that can inactivate an acid?
Base

26. What is another name for a base compound that inactivates an acid?
Hydroxide

27. What is it called when a base is paired with an acid that donates the proton?
A conjugate pair.

28. What does the pH scale describe?
The concentration of H+ in a solution.

29. Is pH represented as a positive or a negative number?
Positive

35. What is the major component of the body?
Water

37. What effect does increased CO2 have on pH?
Decreased pH, acidic.

38. What effect does decreased CO2 have on pH?
Increased pH, alkaline.

39. What is the fluid between cells but outside of vascular spaces?
Interstitial fluid.

40. What does interstitial fluid do?
It provides structural support during times of cellular volume depletion.

41. What are the predominant extracellular electrolytes?
Sodium (Na+), chloride (Cl-), and bicarbonate (HCO3-).

44. What is an important determinant of fluid distribution between vascular and interstitial compartments?
Osmotic pressure.

45. Intravascular and interstitial fluids have similar what?
Electrolyte compositions.

46. What are examples of insensible water loss?
Skin and lungs.

47. What is the average daily volume loss of water from the lungs?
200 ml

48. What is the average daily volume loss of water from the skin?
700 ml

49. What are examples of sensible water loss?
Urinary and GI tract.

50. What causes an almost immediate shift of the body to alkalinity?
Washing out of the stomachs acid; vomiting.

51. What causes an almost immediate shift of the body to acidity?
Washing out the GI tracts bases; diarrhea.

52. Does ventilation have an effect on water loss?
Yes, yes it does.

53. What are ways to replenish water?
Ingestion and metabolism.

54. How does most water get replaced?
Ingestion from liquid and solid food.

55. How does metabolism replace water?
Oxidation of fats, carbohydrates, and proteins; also the destruction of cells.

57. What is the pressure caused by the weight of a fluid called?
Hydrostatic pressure

58. Hydrostatic pressure can also be defined as?
The volume of fluid in a container and the effects of gravity.

59. What is the importance of hydrostatic pressure?
It enhances the movement of fluid and solutes between capillary blood to interstitial fluid.

61. How does an increase in hydrostatic pressure effect the pulmonary circuit?
It disrupts the balance, causing fluid to move into the alveolar-capillary spaces; pulmonary edema.

66. What is a low level of sodium called?
Hyponatremia

67. What is hypernatremia?
High level of sodium.

68. What is hypochloremia?
Low level of chloride.

69. What is a high level of chloride called?
Hyperchloremia

70. What is hypokalemia?
Low level of potassium.

71. What is a high level of potassium called?
Hyperkalemia

73. Bicarbonate (HCO3-) is the primary means of transporting what?
CO2 from the tissues to the lungs.

74. Hyperkalemia is a common result of what?
Renal insufficiency restriction of potassium (K+) intake.

75. What regulates HCO3- levels to maintain a near normal pH in an acid-base disorder?
The kidneys.

76. What do the kidneys do in respiratory acidosis?
Retain or produce HCO3- to buffer against the additional acid caused by CO2 retention.

77. What is reabsorption?
Reabsorption is the active or passive transport of filtrate substances back into the tubule cell and then into the blood of nearby capillaries.

79. What occurs when any physiological process lowers PaCO2 less than 35 mmHg and raises pH more than 7.45?
Respiratory Alkalosis.

80. What occurs when any physiological process raises PaCO2 more than 45mmHg and lowers pH less than 7.35?
Respiratory Acidosis.

81. What type of breathing pattern is exhibited by patients with severe diabetic ketoacidosis?
Kussmaul’s respiration.

85. What is partly compensated respiratory alkalosis?
Low PaCO2, low HCO3-, and alkalotic pH not in the normal range.

86. What is fully compensated respiratory acidosis?
High PaCO2, high HCO3-, pH on the acidic side of normal pH.

89. What are the differences between excretion and secretion?
Excretion is the elimination of substances from the body in the urine. Secretion is the process by which renal tubule cells actively transport substances into the filtrate.

90. What are the two primary acid-excreting organs?
Lungs and kidneys.

91. How does the Henderson-Hasselbach equation determine [H+]?
The H-H equation determines hydrogen ion concentration by computing the ratio between undisassociated acid molecules [H2CO3] and base ions [HCO3-].

92. What are the normal arterial PCO2 and arterial bicarbonate concentration values?
PaCO2 = 40 mmHg and HCO3- = 24 mEq/L

93. How is base excess determined?
It is determined by equilibrating a blood sample in the laboratory to a PCO2 of 40 mmHg at standard body temperature Celsius and recording the amount of acid or base needed to titrate 1L of blood to a pH of 7.40.

94. What is a combined acid-base disturbance?
A disturbance where they are both respiratory and metabolically related.

96. What is an Antidiuretic hormone (ADH)?
Also known as vasopressin, it is the hormone that regulates water secretion.

97. What is the most prominent anion in the body?
Chloride

98. What is the major circulating cation within the body?
Sodium

99. Acid-base balance depends on what?
The concentration and activity of electrolytic solutes in the body.

100. Ammonia and carbonates are examples of what?
Onhydroxide base.

And that wraps up our study guide on Solutions, Body Fluids, and Electrolytes. Thank you so much for reading all the way to the end. Your hard work and dedication going to pay off in a big way when it comes to taking (and passing) your exam.

Just be sure to go through these practice questions until the information sticks. Thanks again for reading and as always, breathe easy my friend.