How to Get Concrete Dust Out of Your Lungs? 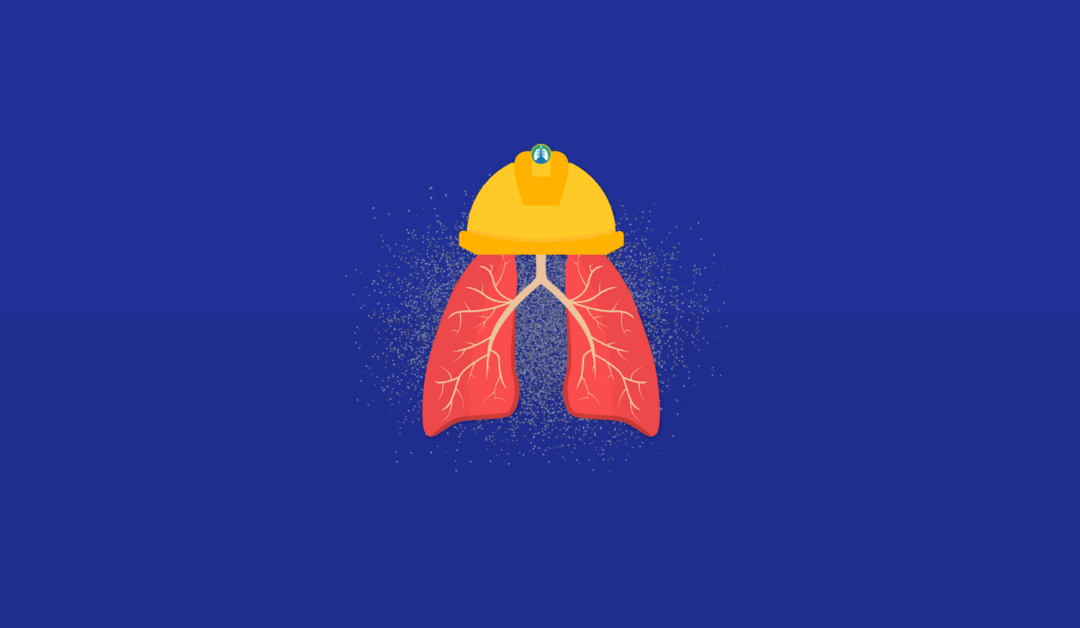 If you’re a construction worker or do any kind of work with concrete, you know that it’s not uncommon to end up with concrete dust in your lungs.

While it may not seem like a big deal, over time, this can lead to serious respiratory problems.

So, how do you get rid of the concrete dust in your lungs? Let’s discuss!

What is Concrete Dust?

Concrete dust refers to the tiny particles that are created when concrete is cut, drilled, or ground. These particles are so small that they can be inhaled into the airways of your lungs.

This can lead to respiratory problems and a number of unwanted signs and symptoms.

What Happens if You Inhale Concrete Dust?

If you inhale concrete dust, it can lead to a number of respiratory problems, including the following:

Inhaling concrete dust can also worsen pre-existing respiratory conditions. This is because the particles are so small that they can get lodged deep inside the lungs.

Asthma is a particularly common condition that can be exacerbated by concrete dust. If you have asthma, it’s important to avoid exposure to concrete dust as much as possible.

Chronic obstructive pulmonary disease (COPD) is another respiratory condition that can be made worse by the inhalation of concrete dust. These particles worsen symptoms and increase the frequency of exacerbations.

Bronchitis is a disease characterized by inflammation of the bronchi, which are the airways that allow air to flow in and out of the lungs. Once concrete dust is inhaled into the bronchi, it can worsen inflammation.

Emphysema is a type of COPD that specifically affects the alveoli. These are the tiny air sacs in the lungs where gas exchange occurs.

When concrete dust particles lodge in the alveoli, it can cause them to rupture. This leads to a decrease in the surface area available for gas exchange.

Silicosis is a lung disease that is caused by the inhalation of silica, which is a mineral found in sand, quartz, and many other types of rock, including concrete.

This is a common condition in those who work with concrete or other types of stone.

Pneumoconiosis is a respiratory disease that is caused by the inhalation of dust particles. It can lead to several breathing problems, including:

Concrete dust is just one of the many types of dust particles that can lead to pneumoconiosis. It is a serious respiratory disease that can be fatal if left untreated.

Bronchiolitis obliterans is a lung condition characterized by inflammation and scarring of the bronchioles, which are the small airways in the lungs.

It is caused by exposure to toxins, as well as viruses and bacteria. Inhaling concrete dust can also lead to the development of this disease.

How to Remove Concrete Dust from Your Lungs?

There are a few different ways that you can get concrete dust out of your lungs. The first step is prevention.

Prevention is always the best medicine, so it’s important to take steps to avoid inhaling concrete dust in the first place.

If you’re working with concrete, be sure to wear a respirator or protective mask. This will help to filter out the concrete dust before it has a chance to enter your lungs.

Another way to prevent concrete dust inhalation is to work in a well-ventilated area. If possible, work outdoors or in an area with good ventilation.

This will help to keep the concentration of concrete dust down, making it less likely for you to breathe it in during inspiration.

If you have already inhaled concrete dust, there are a few things that you can do to help remove it from your lungs.

The first step is to drink plenty of fluids. This will help to thin out the mucus in your lungs, making it easier to cough up and expel. Other treatment methods include:

Another way to remove concrete dust from your lungs is to use a saline nasal spray. This will help to moisten your airways and make it easier to expel the concrete dust.

You can also use a steam inhaler or take a hot shower to help loosen the concrete dust in your lungs. The heat and moisture will help to break up the particles, making them easier to expel.

When to See a Doctor

If you’re having trouble removing the concrete dust from your lungs, you may need to see a doctor. They can prescribe medications and recommend other treatment methods that will help to break up the particles, which can help with removal.

In severe cases, you may need to be hospitalized in order to receive more hands-on treatment methods, such as a bronchoscopy procedure.

This involves the insertion of a flexible tube, known as a bronchoscope, into the lungs in order to help the physician visualize inside the airway of the lungs.

There are a few other treatment methods that may be recommended by the physician, including the following:

Again, the best treatment method is to avoid inhaling concrete dust particles. If you work in an industry where you are exposed to dust, it’s important to wear the proper protective gear.

You should also avoid smoking, as this can worsen the symptoms of lung diseases and breathing disorders.

If you have inhaled concrete dust, it’s important to take action right away. There are a few different ways that you can remove the concrete dust from your lungs; however, it may be wise to seek immediate medical attention.

Prevention is always the best method, so be sure to take steps to avoid exposure to concrete dust. If you must work with it, be sure to wear the proper protective gear and work in a well-ventilated area.

If you have any questions or concerns, be sure to speak with your doctor. They can help to determine the best course of action for your individual situation.

What Does it Mean to Be Nic-Sick?

What Type of Respiratory Failure is Caused by Guillain-Barre Syndrome?

Top 10 Indoor Plants for Increasing Oxygen Levels in Your Home

Is Inhaling Burnt Plastic Bad for Your Lungs? [Explained]