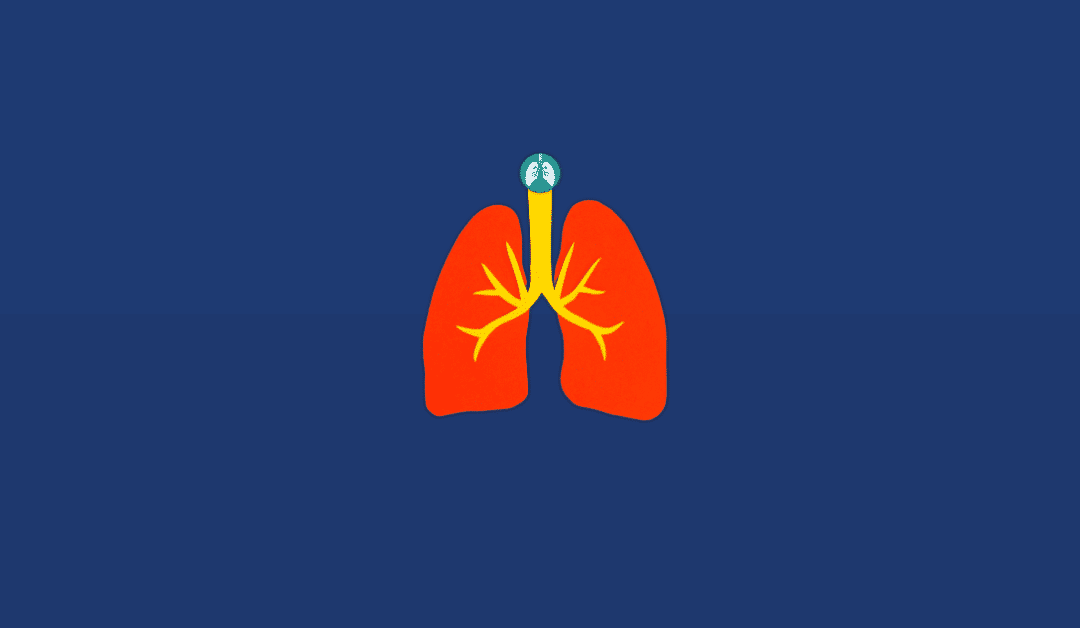 This involves the amount of air that is inhaled and exhaled at various points during the breathing cycle. It also includes the volume that remains in the lungs after a complete exhalation.

What is a Lung Volume?

Lung volume refers to the amount of air in the lungs at a specific time during the breathing cycle. There are four types of lung volumes, including:

What is a Lung Capacity?

A lung capacity is a combination of two or more lung volumes. There are four types of lung capacities, including:

What are Gas Distribution Tests?

Gas distribution tests are used to obtain a measurement of the absolute lung volumes during a breathing cycle. The three primary types of include:

It involves the use of a spirometer that is filled with a known volume of air. Then helium is introduced into the lungs as the patient breathes through a valve connected to a rebreathing system.

The lungs act as a mixing chamber where the helium mixes with the air that is already present. The change in concentration of the helium is used to measure the FRC. Then you will be able to calculate the residual volume and total lung capacity (TLC).

The nitrogen washout technique is a pulmonary function test that is also used to measure a patient’s functional residual capacity (FRC).

In general, atmospheric air contains approximately 79% nitrogen. The test involves washing nitrogen out of the lungs by having the patient breathe in 100% oxygen and the total expired volume is measured.

The FRC is calculated using the initial nitrogen concentration, amount washed out, and the final concentration. Then you can calculate the RV and TLC.

During the test, the patient enters a large box with a tight seal and rigid walls. It generates pressure, which causes the volume to shift while the expiratory flow rate is recorded.

The changes in pressure and airway resistance allow the FRC to be measured, which is used to calculate the RV and TLC.

What is Airway Resistance?

Airway resistance (Raw) is the measurement of the opposition to airflow that occurs as air moves through the airways of the lungs. It can be calculated with the following formula:

Therefore, airway resistance is the difference between the patient’s alveolar pressure and mouth pressure, divided by the flow at the mouth.

1. What is respiration?
The process by which oxygen from the atmosphere is delivered to cells of the body and enables them to produce energy by oxidative reactions. The by-product carbon dioxide is removed to the atmosphere.

4. What is external respiration?
Getting gas in and out of your lungs (i.e. breathing).

5. What does compliance mean when talking about the lungs?
Simply put, it is a way to show how stretchy the lungs are.

6. Where does gas exchange take place in the lungs?
Respiratory bronchioles (NOT terminal bronchioles or anything more proximal), alveolar ducts,
alveolar sacs, and alveoli.

7. What happens to the gas you breathe in as it travels down to the alveoli?
Humidified and warmed by the walls of the airways.

8. Why is this important for the alveoli?
So, the gas won’t dry them out.

9. How do the airways protect us from invasive foreign materials?
Hairs in nose act as a filter. Trachea and main bronchi have sticky mucus to trap any particulate matter that does get this far. The autonomic and then
swallowed. Alveolar macrophages.

13. What do goblet cells in the main airways secrete?
They secrete mucin, which is a precursor to mucus.

14. Why do the trachea and main bronchi have cartilage?
It serves as support, and to keep them open.

15. How do bronchioles stay open if they have no cartilage?
They have supportive, elastic connective tissue between them (a.k.a. lung parenchyma provides radial traction).

16. How thin are the walls between the alveoli and capillary?
0.5μm.

17. What do macrophages do?
Scavenger cells that engulf and dissolves any foreign material.

18. What do type I pneumocytes do?
Gas exchange occurs across them, makes up 90% of SA of alveoli, tight junctions, and fused with capillary endothelium.

19. What do type II pneumocytes do?
Secretes surfactant, which is very important in lung function in decreasing the surface tension.

20. When are type II pneumocytes first made in an embryo?
At 24 weeks.

21. What happens if pneumocytes are not made?
Respiratory distress of the newborn.

22. Roughly how many branches are there before you get to the alveoli?
24.

24. What is anatomical dead space?
Volume in the conducting airways.

25. What is physiological dead space?
The total volume of air that doesn’t take part in gas exchange. This includes anatomical dead space and any the volume of gas in any non-perfused alveoli (close to 0 in a healthy lung).

27. What is residual volume?
The volume of gas in the lungs after a maximal expiration, which is about 1.2L.

29. What is the Helium dilution method?
A certain amount of helium is placed in the bell of a spirometer. The subject then breathes normally for a while. The subject takes a maximum breath out (leaving only functional residual capacity in the lungs), at which point the concentration of helium in the bell is measured. V2 is then calculated using the equation V2 = (C1V1/C2) – V1, which in this scenario can be re-written as:  FRC = ([He]start x Vspirometer / [He]end) – Vspirometer.

30. Will C2 be higher or lower in a subject with a large FRC compared to a subject with a small FRC?
If FRC is high, then C2 will be lower because the He is being diluted in a larger total
volume of V1+V2.

31. Why do we use Helium?
Because it doesn’t dissolve in body tissues and so will stay in the lungs.

32. How can we estimate anatomical dead space in a patient?
2.2ml/kg.

33. Approximately what proportion of tidal volume is dead space gas?
About 1/3rd (150ml of the 500ml tidal volume).

34. How is the airway resistance defined?
It is defined as the pressure difference between the mouth and the alveoli (trans respiratory pressure) divided by the flow rate.

35. What does airway resistance refer to?
The pressure created by the gas flowing through the conducting tubes of the lungs.

37. The Raw may vary in which patients?
COPD patients.

38. What does laminar gas flow refer to?
A gas flow that is streamlined.

39. Where does laminar gas flow occur?
At low flow rates and at low-pressure gradients.

40. What does turbulent gas flow refer to?
It refers to gas molecules that move through a tube in a random manner.

41. When does turbulent gas flow occur?
At high flow rates and high-pressure gradients.

42. Where does tracheobronchial or transitional gas flow occur?
In areas where the airways branch.

43. What do you call the phenomenon of the product of airway and lung compliance?
Time Constant.

44. How is time constant defined?
The time (in seconds) necessary to inflate a lung region to about 60 percent of its potential filling capacity.

45. When are alveoli said to have a long time constant?
When either an increased Raw or increased CL require more time to inflate.

46. When are alveoli said to have a short time constant?
When either a decreased Raw or decreased CL require less time to inflate.

47. What is the product of the time constants?
Dynamic compliance.

This book (in paperback format) has sample TMC Practice Questions on pathology and diseases.
Buy from Amazon

51. What structures have cartilage and therefore don’t change in diameter?
Trachea and bronchi.

52. What airways can change in diameter?
Bronchioles.

53. Does resistance limit airflow in normal conditions?
No.

55. What is airway resistance a measure of?
The pressure difference between alveoli and the mouth divided by a flow rate.

57. What is the equation for the work of breathing?
Work = Pressure X Volume.

59. What factors contribute to the resistive work of breathing?
Tissue or viscous resistance (20%) and airway resistance (80%).

60. What are the two types of airflow?
Laminar and turbulent.

65. What is the normal percentage of nitrogen for nitrogen washout test?
Less than 1.5% within 3-4 minutes. If 2.5% or greater, there is an obstruction.

66. What predicts the likelihood of flow becoming turbulent?
Reynold’s number (Re) > ~2000.

69. Where does the greatest resistance of airflow reside, and why?
In the medium size bronchi. Even though resistance is technically greatest in individual small airways, the total resistance from these small airways together is still very low b/c they are mostly parallel.

74. What does effort independence indicate?
That resistance to airflow is increasing as intrapleural pressure increases.

76. What two things help you evaluate gas distribution?
Change in Nitrogen from 750-1250 (beginning of phase 3-alveolar plateau) and slope of Phase 3.

78. What is measured at the slope of phase 3?
This is the point at which 30% of the vital capacity remains until the onset of phase IV. The normal value is 1%-1.5% N2/Liter of lung volume.

80. When would you see an increase in closing volume and closing capacity?
Elderly patients, restrictive diseases, smokers, and CHF.

82. What is suspect if the closing volume is greater than 20% of VC?
Small airways abnormality.

83. What is a ventilation-perfusion scan used for?
To assess for pulmonary embolism.

84. A V/Q scan uses what two things?
Radioactive xenon gas and radioactive albumin. Xenon is an insoluble gas that will accumulate and get stuck. The albumin will light up in the lungs because they get stuck in the capillaries of the lung.

85. What is the gold standard for diagnosing a pulmonary embolism?
Pulmonary angiography (this is invasive, so you want a V/Q scan first to give you an idea first).

86. Regions with poor ventilation will show up how on a V/Q scan?
Light during wash instep. This is when the patient breaths in the xenon gas.

87. Areas of even or good ventilation show up how on a V/Q scan?
Rapid washing in and rapid wash out. The scan will appear dark, which is good. The xenon or albumin are not lighting up.

88. Areas of trapped gas show up how on a V/Q scan?
Wash in very slowly and wash out very slowly.

89. What can Gas Distribution Tests measure?
The patient’s residual volume.

90. What is the formula for Airway Resistance?
Raw = (PIP – Plateau pressure) / Flow

Lung volumes and capacities provide valuable information about the size and function of a patient’s lungs. Gas distribution tests are used to obtain a measurement of the absolute lung volumes during a breathing cycle.

We have a detailed guide on the other types of pulmonary function testing that I think you’ll find helpful. Thanks for reading!